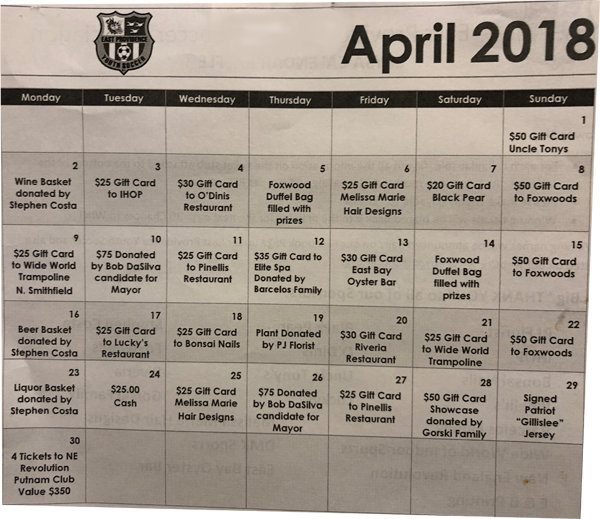 Congratulations to all the EPYSA Calendar Raffle winners and a huge thank you to our Sponsors!

Thank you to the following sponsors!